A New Collection of Questions & Answers about recent publications

An interview with Joyce Hertzoff 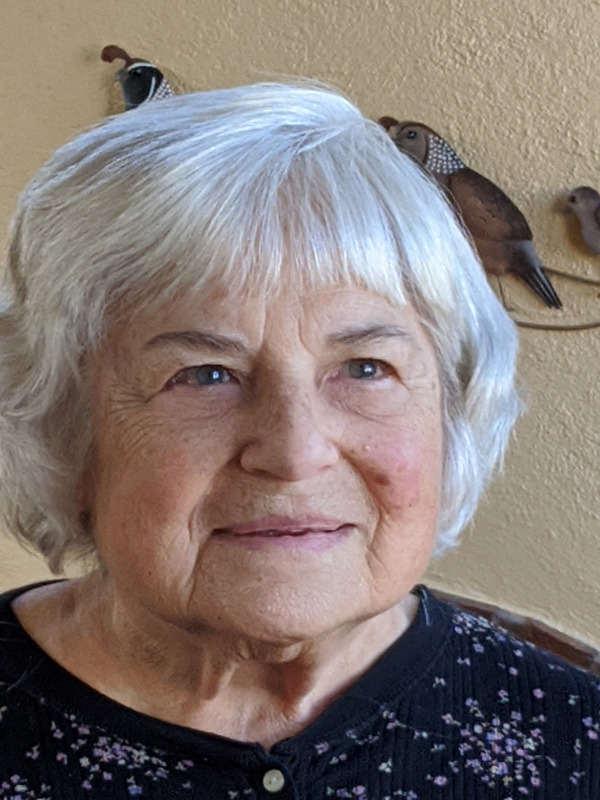 Joyce Hertzoff lives in Albuquerque, New Mexico. The myths of the Indigenous Peoples that live there, the terrain and the weather, and the atmosphere that’s inspired other writers and creative people have affected her stories in various ways. She writes speculative fiction in all of its forms, usually with teenaged main characters, but not always, and mysteries. Since she has a degree in chemistry, her fantasy stories always have included some science fiction. She is also an avid knitter and reader, both of which show up in her stories. She has been married for almost 55 years and has a daughter, and a son and daughter-in-law. She is retired from a job in scientific literature and is working on the three-year MFA at WVU.

She has published five books, three in the Crystal Odyssey series, the novella A Bite of the Apple, which won the New Mexico Press Women’s award for YA fiction in 2017, and a middle-grade book, So You Want to be a Dragon. Her mystery and fantasy short stories have been included in four anthologies, and a nonfiction recounting of her and her husband's experiences in New York on 9/11 will be published later this year in the anthology New Mexico Remembers 9/11.

Please tell us about your most recently published book.

So You Want to be a Dragon is a middle-grade book. When dragons attack the harbor of their town, three kids turn themselves into dragons to convince the attackers to leave their town alone.

What was the time frame for writing this book?

It took about six months to write and another six to revise. After two rejections from publishers, I decided to publish it myself. I received the artwork I used for the publication through a Christmas exchange.

What/who inspired you to begin your writing journey?

During the last years at my job as a manager of multilingual scientists, I started writing fanfiction. After I retired an online friend suggested I take the WVU class F2K with her. I loved it, thanks to my mentor, and started writing stories I’d had in my head for many years.

Where do you find your ideas?

Occasionally a dream will inspire a story, but more often, I get an idea and characters I want to explore, sometimes from prompts or lessons at WVU. Both ideas and characters morph over time. I keep notes on scraps of paper as more ideas come to me, but the only notebook I have is the one I use to keep track of the numerous characters in my stories, which can sometimes be casts of thousands.

How do you write?

I’d classify myself as a pantser. I might outline what I think will be the first five chapters of a story, but as they’re fleshed out, they can become eight, nine, even ten chapters, and by then the characters have taken over. Their personalities, abilities, and other characteristics dictate what happens next. Sometimes I have to rein them in.

I used to write longhand and then type up what I had, making revisions along the way, but now I type directly into the file for the story on my computer. I'm so grateful I learned to type in junior high.

Where do you write, home or elsewhere? Any places that inspire you?

I have an office in one of the guest rooms in our house. When we have visitors, I have to move my computer to our bedroom, but that’s okay, since I can’t concentrate enough with people around, and we’re usually busy taking them sightseeing. My office window faces south to the southern end of the Sandia Mountains. Occasionally, mule deer wander by just outside my window. There’s always something to see beyond the monitor I use connected to my computer to give a bigger screen.

The office contains two-thirds of my library and stacks of books to-be-read. It also houses my knitting projects, both current and future, and my exercise bicycle.

What is your favorite part of writing? Least favorite?

I love to start new projects. I also love it when ideas come to me as I’m writing and I can immediately incorporate them into the story. I hate it when I can’t figure out how to end a story, or my crazier ideas take me down a dead-end path. But mostly I hate having to market my stories. I don’t like trying to force anyone to buy a book or download an e-book.

What keeps you writing?

I continue to come up with ideas for stories and the urge to write them is still strong.

Which do you find the hardest, the first sentence or the last?

The last. By the time I get to it, I start to run out of new ways to say things. I want both beginnings and endings to leave a lasting impression on the readers.

What were your 1 or 2 biggest learning experiences or surprises throughout the publishing journey?

One involved the images used for covers. My first book was initially published traditionally. After the rights were reverted to me, and the book was withdrawn from Amazon, B&N, etc., I didn’t want the book to die, especially since I’d already finished the sequel, so I self-published a second edition. I wasn't sent the cover file and tried to duplicate it with help from my husband, but I couldn’t produce the format or image resolution that Amazon demanded. I finally found someone to do a similar cover for me.

I also had trouble editing the book after Kindle transferred the Create Space file to Kindle because of format issues. That’s never been resolved.

What is the best advice you heard on writing?

Learn the rules so you can break them

What advice would you give to aspiring authors?

Pay attention to any feedback you get but keep in mind the people giving it, and never give up if it’s mainly negative. Use it judiciously. Your writing comes from how you think, so don’t let others turn it into something it’s not.

What are you working on now?

Besides sequels, I’m working on two near-future series, one on a town that was covered with a dome to keep the ash out from West Coast fires and earthquakes, and the other about forty survivors of a train crash that’s related to other catastrophes.

How can people connect with you?